“Such a night and day difference after installing the Tier 1 Tuners +CCT, made the entire bike come to life in ways I never thought possible. I was already impressed with my Scout from the get go and never knew how much a bike can improve just by adding a little device to it. Passing cars in 5th and 6th gear while on the freeway is now a breeze and made my gears feel longer because of the power I gained. My bottom end power now feels instant and I feel a solid pull all the way to redline, whereas before I could feel the power drop in certain parts of the RPM band.  Taking the wife on the bike or going solo, it just knows what to do to make it run better and faster all the time. Living in the Vegas heat we have extreme heat and then taking the bike to the local mountains it hits a 30-40 degree drop in temp which normally on my old bike I’d be running leaner because of the drastic change. The tuner compensates immediately for the temp change an  keeps me running like a champ. I highly recommend getting one for all riders and it doesn’t matter if you’re stock or modified to the teeth, you’ll see a difference in performance and response. ”

I’ve had the Teir1Tuner installed a little over 2 weeks now and the first word that comes to mind is WOW. This thing has given me exactly the proformance  I was looking for. Best of all it has not killed my gas mileage after a 300 mile trip. Originally I was at 37.4 and now I’m 37.2. Getting to the details, I was a bit sceptical at first. How can a $350 device the size of  a pack of gum give me something that I believed I could only get by doing a $2000 Stage 2 upgrade or an invasive install? Well it does just that. I felt power in bands I didn’t know were even there. Now granted it doesn’t effect the torque nor am I trying to say this meets or exceeds a Stage 2 but I can feel my bike pull harder no matter the gear or speed; within reason. My bike just wants to go when I say go and puts a smile on my face every time. If you have any reserves about this thing let them go. You won’t be sorry. 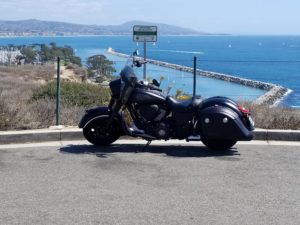 I was introduced to the Teir1Tuner through the Las Vegas IMRG and have had it installed for almost 2 weeks now. Previously I had been experiencing a ping in my bike that was eliminated instantly when the Tier1Tuner was installed. The installation was very simple and was able to do it myself in less than 90 minutes. I could feel the difference in my bike from the first test ride, the throttle response is instantaneous with absolutely no lag. Thank you Phil for making a great product, I greatly appreciate it and would highly recommend this for everyone to use.